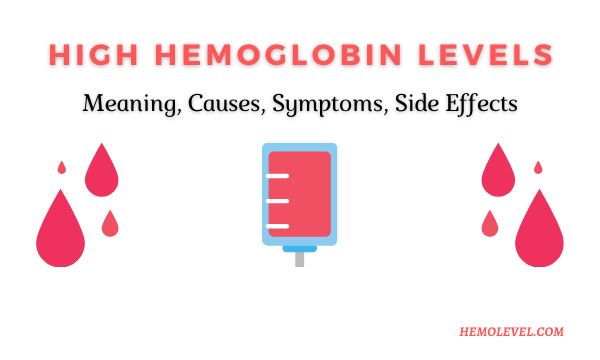 The problem of low blood is called anemia, but the excessive amount of blood in the body is also a disease, which is named polycythemia. Too much blood in the body also becomes the cause of disease. In this condition the blood becomes thick. If it is not recognized and treated on time, then health problems start. Blood clotting is the main problem caused by this disease.

The amount of hemoglobin is 15-16 per deciliter in men and 14-15 per deciliter in women. If this exceeds the maximum limit, then the viscosity of the blood starts increasing. This problem is called polycythemia.

The reason for the high hemoglobin levels in the blood is due to disturbances in the formation of blood in the bone marrow. The increase in hemoglobin in this is called primary polycythemia. When this problem occurs due to some other disease, it is called secondary polycythemia. This can lead to problems like heart and brain stroke.

There may also be bleeding in the nose and intestines:

The increase in hemoglobin can also lead to redness of the cheeks, face, itching in the hands and feet after a bath, spinning of the head, fatigue, abdominal pain. There may be bleeding from the nose and intestines. A blood test is done to identify it.

This is how it hurts the body:

In many diseases, if the body does not get the required oxygen, then it can start problems like cyanotic heart disease, COPD (chronic obstructive pulmonary disease), chronic obstructive sleep apnea. In this condition, the body tries to supply oxygen by producing more hemoglobin. Sometimes this problem also occurs in the kidney, liver cancer. Also, sometimes smoking, pollution, working in places with low oxygen cause problems.

A blood test is the best way to check hemoglobin levels. If the level is more than the limit, then consult with the doctor as soon as possible.